“SoftwareSupp and their expert helped us in complete software setup, starting with consulting guidelines, through more complex integrations ending with ongoing support. They are professional, know their area and are proactive. We co-operate long-term even though we have tech resources in-house.”
Marek Zmysłowski, Co-Founder, Expansion & Partnerships at SunRoof

Time of the project: 3 months

Effect: a system of software automation that simplifies the team’s work and optimizes the sales process

SunRoof wanted to assign leads from Pipedrive to specific Mailchimp audiences based on the specific criteria. Most importantly, the audience needed to match the language that the lead uses. This would allow for the most relevant communication style as well as the optimal use of the MailChimp campaigns.

We used Pipedrive’s native integration with MailChimp to create the basic flow. The first step was to enable MailChimp Export in Pipedrive for filtered-out groups. Later, in Zapier we created a flow that is based on these specific conditions. If the contact fulfills them, the automation is triggered.

If the conditions are fulfilled (e.g. the lead is from a specific country and is a B2B client), an automation code is run in Zapier. This allows the systems to assign the lead to the corresponding audience in Mailchimp.

Using JavaScript, the SoftwareSupp Expert was able to map out the contacts from Pipdrevie and the audiences in MailChimp. He created custom code that filtered out only the relevant leads to make sure that the automation runs smoothly.

First, the code connects to the API, then it finds specific deals and contacts. The second part is to add subscribers to those audiences.

Another automation with this email marketing tool involves sending notifications to sales representatives based on clicks in campaigns. When the link in the email is clicked, the Zapier automation finds a contact in Pipedrive, then it identifies the deal in Pipedrive. A note is added, and the deal is updated. This action triggers an email notification sent to the sales representative. Thanks to that, they can contact people who are interested in specific offers that SunRoof offers and they have the information about what interests the lead the most.

Lead qualification was already introduced in the first part of the project, but with the continuation, the process was further developed.

We introduced automation and created workflows that would ensure that the information in the system is as precise as possible.

To give you an overview of the lead qualification process, let’s start with the lead sources. The client acquires leads through three main sources:

Together with the client, we created a lead qualification form. The lead answers a couple of questions that include the most important criteria related to the client’s sales process. The crucial detail for SunRoof is the current stage of the house construction. In Pipedrive, the lead score is assigned based on the lead’s input.

The criteria that determine the lead qualification are:

In Pipedrive, we created a custom field called “Construction stage” that stores this data

This system helps the sales representatives assign priorities and decide how to structure offers for them. The contacts can be also qualified manually by the salesperson responsible.

Based on the construction stage, the lead gets assigned a score from 1 to 4.

This automation was set up in Pipedrive as a “Workflow Automation”. This is Pipedrive’s feature that allows you to create simple automation within the system without any additional integrations.

Pipedrive's “Rotting” feature lets you identify deals that have been idle for a significant time. You can define the periods of inactivity for specific stages of the funnel. When the criteria are met, you’ll see an icon that shows for how many days the deal has been inactive.

After a specific period of idle time, the notification was triggered for the sales representative responsible for the deal. Then, they were informed about the necessity to take action related to the deal. This reminder helped them schedule activities or follow up to make sure that all open deals are taken care of.

We created advanced follow-up sequences that were based on the criteria provided by the client. The built-in Pipedrive follow-up feature didn’t respond to the clients’ needs, so we needed to find a suitable solution. We decided to connect Pipedrive with SES to create effective and precise email sequences.

Amazon Simple Email Service (SES) is a cost-effective cloud email tool that is possible to integrate with various applications. It’s a great choice for anyone that needs a secure and scalable solution for their email campaigns. SES is mostly used for transactional and marketing emails as well as mass communication.

We created an automation that sends out emails based on the lead rating. After a certain period of deal inactivity, the email follow-up is sent through Amazon SES.

The sequences were prepared for two types of leads:

The differentiation allows the email automation to match the leads’ current construction stage and is designed to nurture them for future purchases.

After 90 days in a sequence without a response, the deal was closed and labeled as “lost”. Automating follow-ups saves the sales team’s time as they don’t have to manually prepare messages for every client. The lead segmentation is also useful in this scenario as it defines which sequence will be sent to the potential client.

This automation connects the apps that the client uses daily to cooperate with their new partners.

Livestorm is the platform that the company uses for conducting webinars for potential partners. During these webinars, they explain the partnership opportunities and build relationships with future partners.

SunRoof wanted to automate the partnership flow to make the process more efficient. The live webinar part always requires the team member’s input, but the following steps can be automated.

First, we needed to design the flow that the new partners need to go through. Then, we created automation in Zapier that connects the apps necessary for the process to be fulfilled. Every webinar registration triggers a contact creation in Pipedrive. This contact is already assigned to the “First contact” deal stage in Pipedrive.

In Livestorm, we set up email automation that are sent out to people who registered or participated. Depending on the attendance status, the user gets a certain email.

If a potential partner participated in the webinar, they receive an automated email from Pipedrive after 7 days. This automation is triggered only if the potential partner hasn’t filled out SunRoof’s partner form yet. It also moves the deal from the “First contact” stage to “Application form sent”.

After the partner fills out the form, they receive a contract based on the form of partnership that they have chosen. This triggers an automation that sends out a draft agreement. The contracts are prepared and stored in Scrive – an application for remote contract signing. Three types of partnerships trigger three different automation flows in Scrive.

The fourth type of partnership triggers a different action. The email is sent to the SunRoof employee that is responsible for partnerships. Thanks to that, they know they would take over and contact the client.

This is an example of automation that involves several applications and takes into account various scenarios on the client’s end. Having automation like this in place ensures an efficient flow with minimal input from the employees. All data is stored in Pipedrive, and the SunRoof team can access them at any time.

Reports for partners in Parabola

As SunRoof works extensively with numerous partners, they need a process for automating the creation of weekly for their partners.

Parabola was the application used for this automation. It’s a drag-and-drop tool that lets you create automation flows with pre-built components that include data manipulation and transformation as well as easy export.

We used Parabola to generate reports automatically weekly. The app connects to the Piepdrive’s API to get data in the JSON format. Then, the data is structured to create a neat visual representation. The final result of this automation flow is a report exported to a spreadsheet.

After the report was created, it was attached to the weekly emails to partners through an automation flow. As a result, the partners were always up to date about the current deal stage of their leads and the potential commission they’d earn. Additionally, in case of the lost deals, the partner was able to advertise the services based on the “lost reasons”.

For this automation, we also used Parabola. The client needed a report that would display quantitative data pulled out from Pipedrive as well as costs of the marketing efforts.

Again, we connected to Pipedrive’s API using Parabola and pulled the raw data in the JSON format. At this point, we were able to perform data manipulations that would result in a clear report exported to a spreadsheet.

By analyzing this report, the client was able to gain significant insights into the sales process and optimize their marketing efforts. The team was also able to make better strategic decisions and make sure the marketing budget is appropriate based on the conversion rate.

SunRoof automated a number of their sales and marketing tasks thanks to the automation created by the SoftwareSupp experts. The entire process was managed by a Project Manager who made sure everything was completed according to the client’s expectations.

An optimized setup with numerous automation allows SunRoof to ensure that all details in Pipedrive and Mailchimp are always up to date. They can easily create new email campaigns and use insights from the CRM to prepare the most relevant messages.

The webinar flow has become more efficient. New partnership contracts can be signed without any involvement of the team. In more advanced cases, the team member who is responsible will be notified.

With the new reporting in place, they can analyze their monthly and weekly results to craft the most effective strategy for the future. They can also learn more about the marketing costs and see the relationship between marketing spendings and conversion rates. It all adds up to an optimized sales flow that makes it easier for the team to manage all deals and partnerships.

The team doesn’t have to spend time on manual email follow-ups and they can contribute this time to working with leads that have the highest probability of converting.

Designing the right processes at a company allows you to create smart automation of the workflows. Hiring an expert who can help you with connecting the apps you use every day saves you a significant amount of time. An optimized system of automation will also bring you better sales and marketing results in the long run.

Create your project and connect with a Certified Expert. 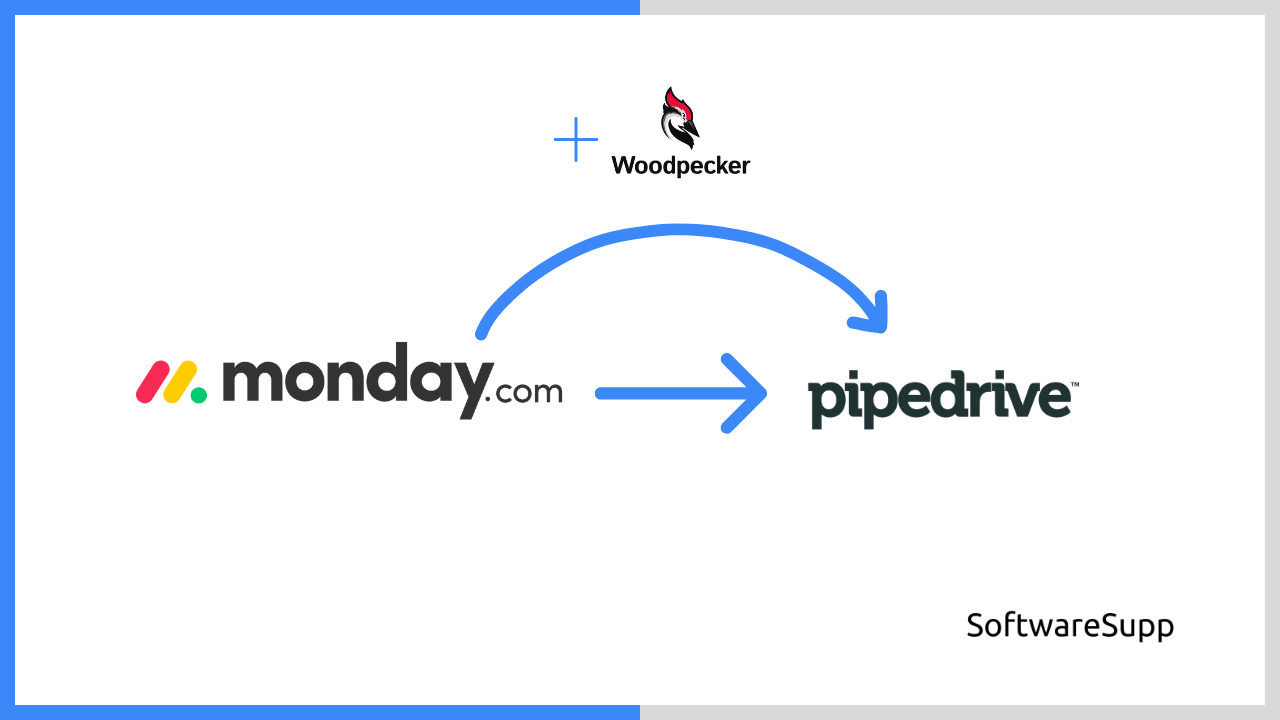 Monday CRM system has been changed to a more advanced one to increase the automation level of employees' tasks. Check how many hours a freelancer has spent on database migration. 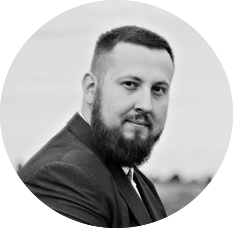 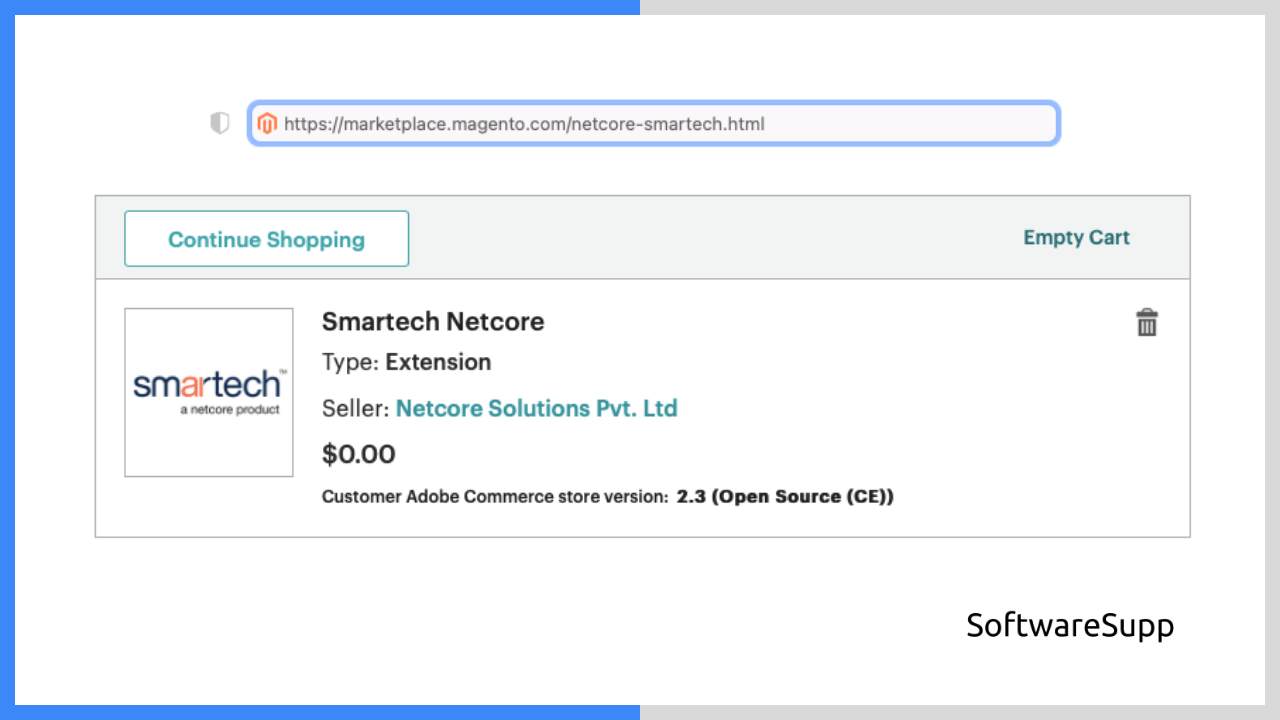 Magento developer worked on an official Magento plugin that increases conversion by 5x. Check what has been done by using Javascript, PHP, and Magento2 skills. 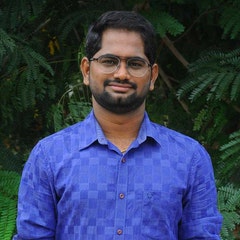 As it turns out, SMS campaigns are often much more effective than those sent by email. Learn more about the development of automated text messages via SMS extension implementation to Zoho and its benefits. 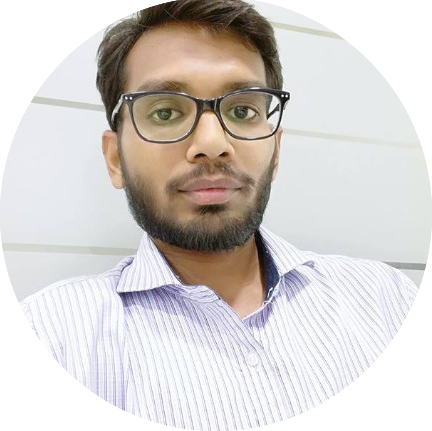